Hair does not last on men. Not on most of us, anyway.

Now, Timothy – my old friend who died a year or so back – Timothy never had hair problems. The first time I met him, back in 1967, he hadn’t shaved or cut his hair in well over a year, and he had a magnificent mane, with flowing moustaches. My stringy, fourth-rate Beatle-cut was instantly jealous. Even a few months before he died, and after the first of his strokes, he looked like a wise old prospector or mountain guide. He sat in front of his fire, finishing the wine I’d brought, and appeared like he could saddle up a mule and ride out over the New Mexico hills behind that extraordinary house he’d built, and the wind blowing his silver locks around would just make him look like a Pantene ad for seniors.

Where am I going here? Haircuts, and the fact my hair has never been remotely like Timothy’s. Did you know that the Peruvian saint, Martin of Porres, is the patron saint of barbers? No, and nor did you need to. But now you’ll at least remember there is one.

The reconstructed face of St. Martin de Porres – nice guy, but he takes days off.

My hair has always grown in a variety of directions. Most men’s hair orients itself according to the shape of their heads, but mine has always chosen to grow in contradictory directions. A bit at the front goes up and then half sideways; wispy bits at the back grow in asymmetrical outcroppings; the bits round the crown want to stick up like antennae on a 1950s sci-fi alien; and … Well, to tell the truth, there isn’t a lot else up there these days. I’ve finally had to concede I’m going full-on Jean-Luc Picard, with a domed cranium clearly delineated behind the tufts that grow in front and at the sides.

For me, February was a traumatic month for barbering. I’d usually gone in the past to a street in Cuernavaca where there’s a row of small unisex salons run by women. They’re cheap, the service they do is okay, and they were entertained by having a gringo customer. This last was important, since I find getting a haircut feels like taking a vital school exam: the outcome is something I’ll have to live with long after the day it’s done. I sit tense and glowering under the protective cape, and hope I’ve made myself clear as to my requirements. And that the person isn’t a trainee, or visually impaired. Or both.

So, the string of small salons felt like the least of possible tonsorial evils.

But the woman who dealt with the greying remnants that day had her own ideas of what I needed. Or, actually really was a visually impaired trainee. St. Martin of Porres was certainly sleeping on the job that morning. After pruning the unruly front and sides as requested, she ignored my request to spare the sparse crop on the top of my head, and went for all of what was left with an electric razor. In a few seconds I had a kind of post-punk buzz-cut. I looked at her irreversible handiwork, and thought “Billy Idol, 1986, but with about nineteen percent of the hair.”

I did not tip her generously. 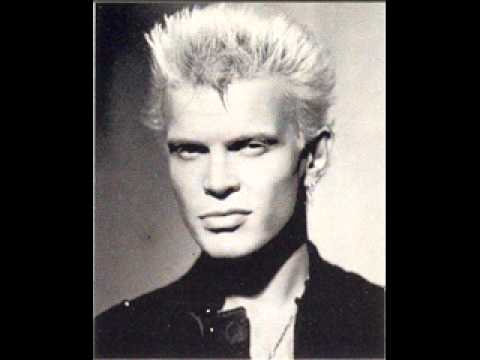 “Really, it looks good on you,” my friend Lucero lied to me later that day. I demurred, and she didn’t persist. I looked down at Punky the dog, and felt jealousy. The pet parlour he’d been to the week before had done a better job on him than my abuser had done on me. Of course, Punky has poodle in him, so he always has a knot of fluffy curls on top of his head, while, as I said, I’m poorly protected in that area. He therefore has an innate advantage in the style department. He enjoys it when someone nuzzles his fuzz; I am un-nuzzlable, being already partly fuzz-less.

But I was even fuzz-lesser after the fashion crime that had been inflicted on me.

Other friends asked me what had prompted my new look. “Follicular sociopathy,” I replied, trying to gloss over a misfortune with multisyllabic drollery. But any sympathy I got didn’t help. Sympathy cannot displace what looked to me like rows of grossly under-budgeted corn stalks.

St. Martin, I hope, looked down from heaven, and hid his face in shame.

Anyway, next week I’m off on a trip, and I felt I should do something about the irregular wisps that were by now coming out from behind my ears and catching on my collar. So, rather than risk the Cuernavaca Slasher a second time, I headed into town to where there used to be a barber’s; and lo, it was still there. And at that point in the late morning, it was also under-patronised.

I was shown to a chair right away by a guy with biker muscles and even bikier tattoos all over them. One does not argue with such people, even if one’s heart feels faint at what might be about to occur. And I decided if he screwed up as well, it might be unwise to give a tip as mean as the one I’d offered to my last tonsorial servitor.

Surprisingly, he was an artist. He grasped what I wanted, didn’t attack the tufts that stick up like cactus spines if you cut them close, and trimmed the sticky-out bits quite capably. I recalled the old price for a haircut there was forty pesos, but figure it was now over sixty. It turned out to be eighty, since the peso went down a year or so ago and hasn’t bounced back.* But I looked in the mirror and decided that since I’d escaped another weeks-long embarrassment, I’d give him a hundred-peso bill, and tell him to keep the change, which by local standards is extravagance indeed.

I don’t pretend to having attained cranial elegance, but at least I look like nothing bad has happened to me in a wind tunnel, or that I tripped and fell in front of a runaway lawnmower. It sounds silly, I know, but it felt coming out of the doctor’s after he’s said, “No, it’ll pass off in a few days. Just take it easy till you feel better.”

I was safe. Life could go on.

Best of all, nobody has noticed I got a haircut. For a committed introvert, invisibility can be the best of rewards. I hope St. Martin understands that, sitting safe up in his paradisiacal salon.

* There are currently about fourteen Mexican pesos to the Canadian dollar, or nineteen to the US greenback.

3 thoughts on “The Operation”