Exactly how Lucero and her mother met Chucho, I don’t recall, but it was before I came to Mexico. When we started talking about building houses, he was already the designated builder.

My family was not, you might say, very mechanically minded. This failing passed on to me We didn’t have a car when I was young, though my dad could mend a fuse. (Remember doing that? Probably not). I never owned a car myself till I was in my late twenties, and was never one of those people who’d change the oil or a tire with enthusiasm: “Oh boy, macho car stuff to do!”

Now, any young male in Mexico learns how to get an old car moving. The girls are taught to cook and launder, the boys learn how to fix stuff. Yes, it’s very old fashioned, but that’s how it is. Many of the boys also learn construction skills, and Chucho was one of those. How to mix cement, how plumbing works, how to wire a house, how to lay bricks or cinderblocks … he does it all.

He even figured out once how to get his car back on the paved roadway after I reversed it off and got it jammed in a deep rut. I learned then why ancient Mexicans managed to build monumental temples. Forget all that stuff about aliens or influences from across the Atlantic; Mexicans for centuries have been born with an innate grasp of the physics of piled stones. Left to my own ignorance, I’d probably still be walking past that stranded car today.

And continuing to feel as stupid as I did when Chucho looked at it, laughed, and began figuring out how to get it on the roadway again.

A couple of months ago Vinicio, who lives in the adjoining house, had a problem with getting water up from the cistern to the tank on his roof. So, we called Chucho. Chucho came when Vini was out, played around with the system for a few minutes, then checked the heavy lid of the cistern.

“It’s empty,” he said to me, in that sort of tone that implied he didn’t want to call me an idiot, since he figured it was self-evident anyway. 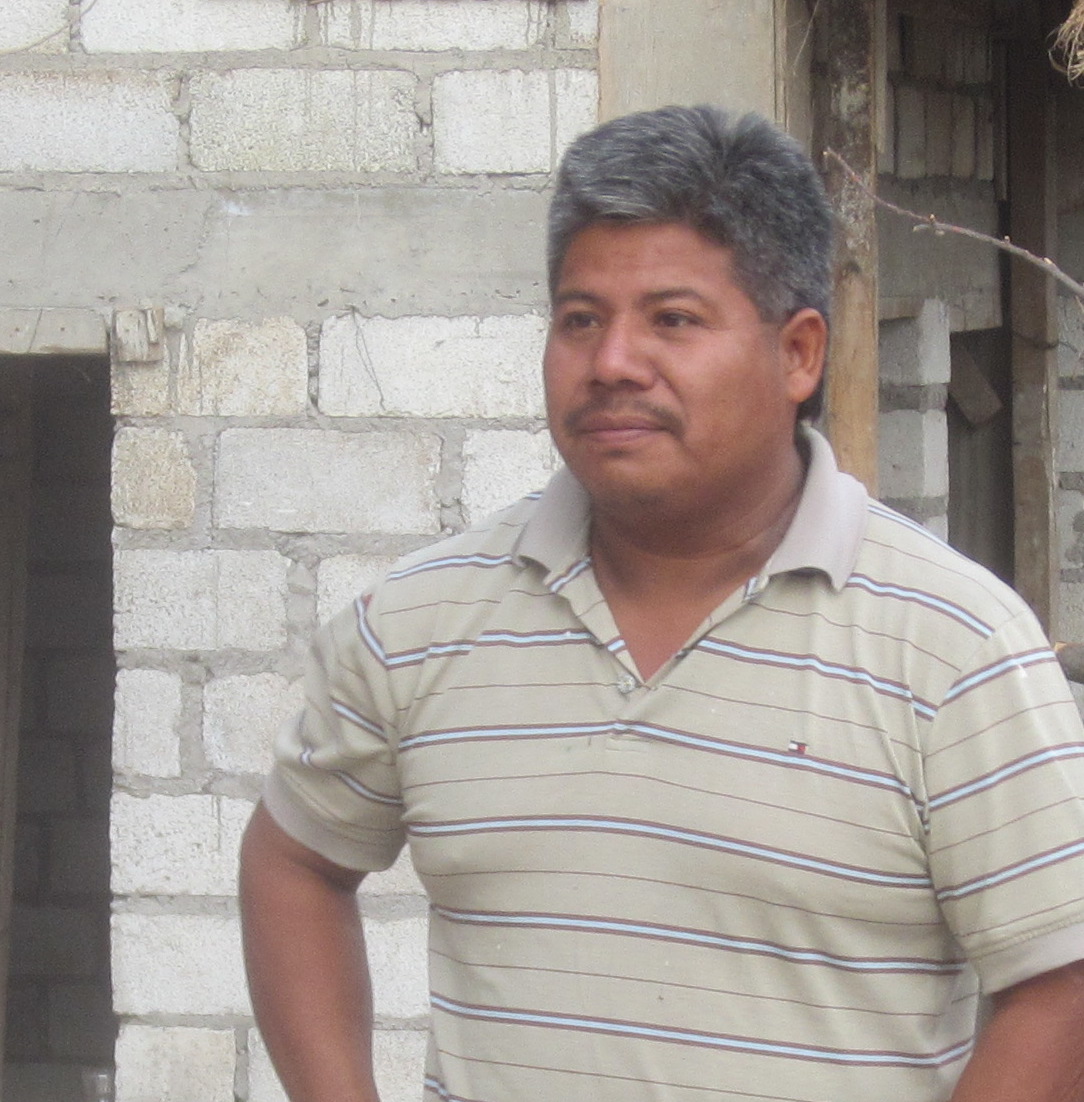 The guy who fixes all the stuff: Chucho in front of my house during construction.

So, I ordered a truckload of water, Chucho came back, and Vini soon had the airlock in his plumbing fixed. But my track record wasn’t improving.

Now, for weeks recently, the shower in my house hasn’t yielded more than a splatter of hot water. That wasn’t so bad when the hot weather was with us, but as things have cooled off, it’s been more annoying. My Spartan sensibilities are no more developed than my mechanical skills.

So, having played with water volumes, put new batteries in the water-heater’s ignition system and tried stoicism (which dissolves fast under chilling shower-water), I called Chucho. He came round, and I showed him how I could get warm water out of the tap in the sink, but not the shower. He went through the checklist of checkable stuff, then shook the big propane tank.

Now, I knew it was close to the time that I’d new a new cylinder of propane, but since the problem had existed for several weeks, I didn’t think that was the core of the issue. But once you’ve given a man a convincing reason to think you’re a bit daft in the head, the opinion tends to confirm itself. Get a new cylinder, Chucho suggested, and things would be fine.

So, cursing the timing of the cylinder’s expiry, I did so – and yes, things were better. I now get a minute or two of warm water if I run hot water through the tap in the sink first. It requires fast action with the soap and equally fast rinsing, but things sorta work. But while Chucho doesn’t mind being paid to attend to the foibles of the intellectually constrained, I mind paying him and more important, I mind feeling stupid.

There’s a leak developing in the kitchen skylight that could probably use his skills. No doubt when he comes to fix it, there’ll be some ridiculously obvious reason why the rain comes in through there after a storm, which I should have figured out for myself.

But what the heck – if I move the kitchen table a foot or two, I don’t actually get rainwater splashing into my breakfast. And the rains are mostly done till next year anyway.

I don’t need to feel any stupider this year, so I’ll pretend I haven’t noticed the drips after a storm.