Something I didn’t think to do when I came to Mexico was create a back-story for myself. I simply told people I was a former trade magazine editor from Canada, and figured that was enough.

Many of the expats round here are men of my own age. We’re often divorced, mostly retired, and not too flush with cash. We can afford to eat at local restaurants, and we go back for family visits once or twice a year. But our lives aren’t outwardly exciting.

Yet ask around here, and two or three people will tell you they used to work for the CIA, or the NSA. Yes – they’re ex-spooks, hanging out where their former Cold War enemies can’t find them to settle scores. Occasionally, they’ll confide, they get a call from their old colleagues, asking for help on a tough case, or they’re about an assassination they were involved with. But mostly, they’re sitting back, reminiscing about the good old days of the Cold War, before the arthritis came and waistlines ballooned.

In retrospect, I could have claimed I worked for the Canadian Security Intelligence Service (CSIS). It wouldn’t have quite the same impact as “CIA,”, but I could at least have made the effort to portray myself as an ex-spook. Given my persistent British accent, I could even have pretended to have worked for MI6, and grumble about how “that fraud Le Carre had no idea what it was all about, even if he made a fortune from his character Smiley in the novels.”

A friend of mine, now deceased, knew his mother had done “something” in WW2 that she preferred not to talk about. What it was, he found out when books on British decryption of German wartime codes starting coming out in the mid-1970s. She finally admitted she’d been at Bletchley Park, and had known Alan Turing, but refused to say much more. Once you signed the Official Secrets Act, she explained, you could never divulge what you’d done without official authorisation.

People who’ve actually worked in intelligence are like that. It’s why they were hired in the first place.

Sometimes, listening to the made-up stories has filled in a boring afternoon. I sit and sip my cappuccino, and ask what Cambodia or Lebanon was actually like, and listen while silently counting the factual errors and anachronisms. Some are too blatant, like siting Beirut south of Tel Aviv, or forgetting when Gorbachev died; but mostly it’s interesting to see how some people fantasise, and how far they can spin a tale. One time, I’m sure I helped one of the ex-CIA men develop a whole new legend, simply from nudging him with leading questions.

Perhaps, though … it’s not too late? I’m now wondering if I should revise my own story and explain that the editor’s job I had was simply my cover. Those occasional business trips to Germany and Holland? I was really tracking stolen plutonium, or maybe trying to heist plans for components for new jet fighters. I used to write about technology and machine design, after all, and I’ve been in aircraft factories, so I could surely fake some of it.

The problem is, spies are presumably well paid, and therefore well-dressed. Think 007 in his tux. I’m going to have to do this in slightly faded jeans and the shirts I bought on sale at The Bay last month. 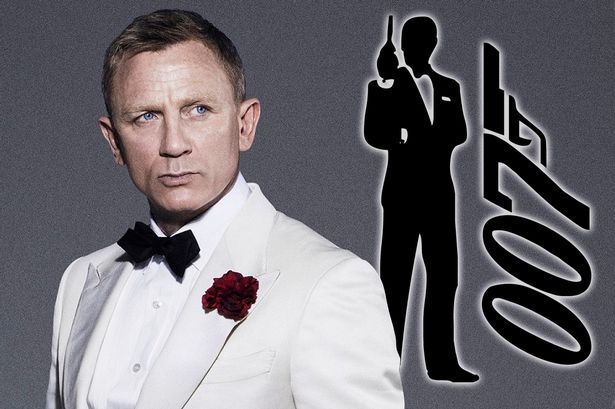 “It’s required,” I’ll explain. “Too much elegance draws attention, even if I do miss the glamour of the old days. Ah, the sacrifices one has to make for one’s country.”

And I’ll look wistfully downwards for a few moments. Then, perhaps, try the distraction gambit.

“Did I ever tell you about the man John Le Carre based his George Smiley character on? We worked together for a time in the 1980s, when we had to help the Americans out of a spot of bother.”

Of course, I’ll withhold a few minor details. Just to preserve the confidentiality of the service, you understand.

“Ah, those were the days … and after it was all over, President Reagan even called in person from Washington to thank me …”

That’s how the other ex-spooks do it, anyway.