Often, like most expats, I complain about the Mexican love of explosive rockets. Cohetes are let off on religious festivals, at high points during a Mass, at any semi-significant halting point in a religious procession; to mark public holidays, birthdays, and any event considered vaguely worthy of a loud bang. In my village, this covers at least one occasion on most weekends. During the annual fiestas for the Marias – the Virgin of Guadalupe in December, Maria Magdalena in high summer – several hundred rockets are released in a day.

And of course, this being New Year’s Eve, people will have stocked up on rockets to let off at midnight. And for some time after that.

One or two of the dogs will spend the time cowering under my bed, and I’ve sometimes thought about joining them. 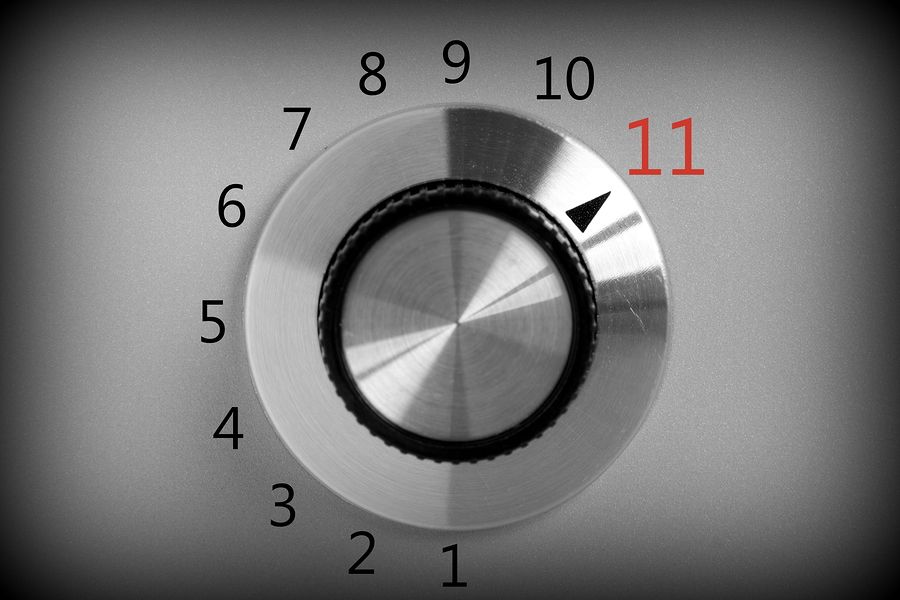 All the way up to eleven…

The Christmas season here includes a jarepeo, a three-evening event of bull-riding, which would have been fun if the band they hired had been (a) any good, and (b) had used a sound system that wasn’t designed for metal bands in their stadium-rock heyday. Standing with me sixty feet from the speakers, R and I got to enjoy the pounding from the bass and drums as a physical sensation in our chests. After three bulls had thrown their riders, we gave up. She was feeling physically uncomfortable, while I was reflecting on how Pete Townshend had lost most of his hearing.

I’ve been at family events here where the music is so loud, conversation in my broken Spanish becomes impossible. I arrive, I smile, mouth some greetings, eat some food, have a drink and seek my moment to leave. I could try prolonged, inane smiling, I know, but that has its communicative limits.

Why, I’ve always wondered, do people do this? There are occasions (The Who in their prime doing yet more damage to Townshend’s and Roger Daltry’s eardrums being one) where loudness is fun. At least it is, if you’re not Pete or Roger. But while some traditional music would be fine with the bull-riding, speech-blocking pounding is not. 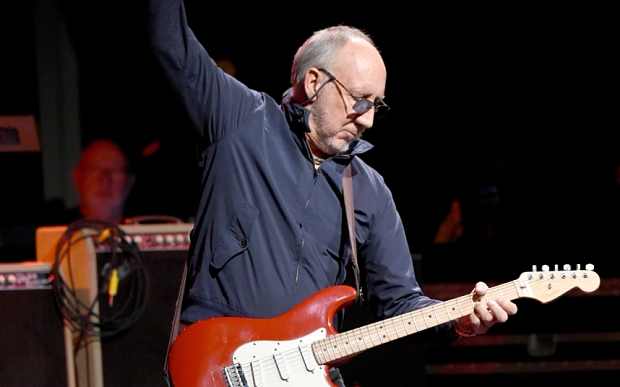 The old master doing a windmill on his guitar.

Mexicans seem immune to it, or able to shrug off the assault, but I wonder if they’re aware it could be turned down with enough requests. Sporting events, and the jarepeo is a sport, call for making comments at every skillful turn or dextrous act of balance, but 145 decibels of electronically enhanced bass-strings tend to pre-empt that possibility. R was so distracted at one point, she didn’t catch the crowd’s roar as a bull came out, the roar being drowned by the band.

Brass bands have long been a mainstay of local culture, and a local funeral isn’t a properly discharged affair without musical accompaniment following the deceased to the cemetery. But that’s unamplified: it’s music at the level where it can be appreciated, unless of course the deceased was a close friend or relative. In that instance, it’s hoped the deceased appreciates it via some post-mortem capability that I can’t imagine.

But the village church, for example, likes to broadcast religious music and even some ceremonies over a speaker system on its 55-ft tower. Since my house is on a rise 300 yards away, I can enjoy this at its best when it starts at 6.00 am (or earlier) on a Sunday morning.

And sometimes, people come here to hold a Saturday wedding that keeps on partying till 3.30 am. You can’t very well argue that a wedding should be less boisterous, but there is a point where other people wish they could get to sleep.

I don’t know if Mexico will ever lose its love of loudness. I think there’s a sense in which it unifies people: if you can’t think, you have to join in the collective mood. Still, the best thing about it is that eventually it stops.

“I like Amatlan, because it’s so peaceful there,” people often say to me.

Yes, I say between clenched teeth, it is. At least part of the time. But not tonight.